What ever happened to the Mars500? 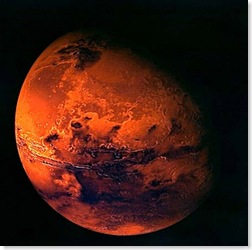 In June of 2007, the European Space Agency (ESA) issued a call for all interested suckers candidates for the Mars500 research project. The experiment was to be run by the Russian Institute for Biomedical Problems (site complete with broken graphic links and delightful translations) with support from the ESA.

It was going to be awesome. The concept of fake celebrities a la Fake Steve Jobs and Bill Clinton was to be taken one step further with a fake trip to Mars! The ESA press release proudly stated that the Mars500 experiment was going to send a crew of 6 on a simulated 500 day trip to Mars including:

The simulation itself was to be in a locked-down facility in Moscow and was intended to be as real as possible (eg all communications were to be run on a 20 minute delay to simulate the distance between Earth and the crew). The 6 lab rats candidates would have the amazing opportunity to live in a series of tubes which combined provided about 200 m2 of space.

Since that initial irresistible offer to spend 18 months in a Russian lock up (“Who are you to resist, huh?”), there has been no word. Zero. Zip. Nada. Bupkes. All quiet on the Eastern bloc.

To my mind, this was an amazing opportunity for the Russian space program to continue to drum up business for its $20 million a pop week in space program targeted at the overly wealthy, under-worked idle rich with too much time on their hands. Instead, there has been complete silence. There hasn’t even been enough buzz for “mars500” to even appear as a measurable Google Trend.

Were there no takers? Was the program a complete disaster? Did they all fake the psych test and then proceed to kill each other in an ever increasingly bizarre series of cage matches until there was only one?

Maybe there are some things man was never meant to know.

This entry was posted in Uncategorized. Bookmark the permalink.