People hated their mobile phones. The screens were too small, the interfaces were fiddly and menu-centric, applications were limited and so was the power of the hardware they ran on. Syncing your phone with your computer to unify your contacts database involved ritual sacrifice and blood oaths, and heaven help those who wanted to sync a Windows Mobile phone with a Mac. Along came the Blackberry, and all of a sudden email on a mobile phone in an enterprise setting was easy (although I understand the syncing thing with a Mac still sucked).

Then, along came the iPhone, and it wasn’t just the hardcore geeks and executives who were expoed to the potential of mobile computing. Suddenly millions of people were able to do remarkable things with an easy to use device that sat in their pocket. A number of clones and “iPhone killers” followed, as suspiciously iPhone-like devices running a variety of operating systems cropped up in the market place like toadstools in the garden after the rain. All it took was one powerful, easy to use device, and the game changed forever.

Home networking has travelled an interesting trajectory. Setting up a home network, particularly a wireless one, is almost trivial. However, getting said network to do anything beyond sharing an internet connection and some basic file sharing still takes work, even more so if you’re trying to connect across different operating systems, despite the best efforts of OS X and Windows 7. We know from our experience in the enterprise that networks can be powerful – shared printing, networked storage, roaming profiles – but only the geekiest amongst us can set these things up at home with ease. For many, it’s just too hard. 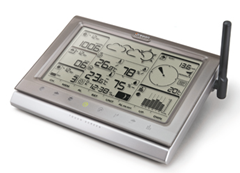 Oregon Scientific wireless weather stations measure a range of weather conditions such as temperature, rainfall, humidity and barometric pressure and transmit this information wirelessly to a portable LCD panel inside the house. 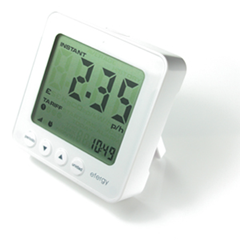 Efergy have a number of products designed to monitor household usage of electricity. One such product measures the amount of electricity being used by a household and transmits results to an LCD screen inside the house. 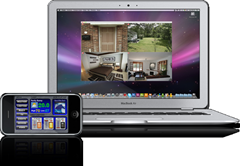 Smart Home Z-Series home automation devices use radio frequency spectrum and the proprietary Z-Wave wireless protocol. This collection of devices enables people to exercise a level of control over wireless security cameras, appliances and lamps using a remote control, Windows PC or the recently released Z-Server appliance. The Z-Server is accessible remotely via the internet and includes specific mobile device interfaces. Future Z-Series modules will include controllers for audio-visual equipment and ceiling lights.

For the uninitiated, the Apple iPad is a 1024×768, 9.7” touch screen controlled device, with wi-fi and optional 3G connectivity. It has between 16GB and 64GB of storage space. Although apparently a very capable device, it is not a high-powered computer and does not allow multi-tasking outside the native Apple applications (same as the iPhone and iPod Touch).It has an app store similar to the iPhone and unlike the iPhone pairs wirelessly with commodity Bluetooth keyboards. Full details of the device are available at the iPad tech specs page.

The iPad has many faces:

The iPad is exciting for all the reasons outlined above. It is indeed an awesome feat of technology that can seamlessly fit all those things into the one cohesive and intuitive device. If the closed ecosystem isn’t to your fancy, no doubt the market will soon be flooded with clones running operating systems such as Windows 7 or Android (or other variants of Linux for that matter). Competition will drive innovation and help develop the market. These devices are about to get fun.

At the hub of it all 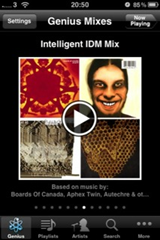 Looking back at Diversion 2 for a moment, the common point is information accessible via an interface remote from the device – “dumb” LCD panels or internet-ready control devices. The difficulty with this arrangement is that each collection of technologies uses a different screen and different wireless protocols.

What happens if we combine all of these devices onto a common hardware and software platform?

Some of the above is already possible in the Apple ecosystem. The Apple Remote app for iPhone and iPod Touch enables remote control of any shared iTunes libraries and AppleTVs on the network.

Attention has focused on the potential of the iPad and iPad-like devices being an easy to use computer for “Mum and Dad”, as well as the “almost notebook, super netbook” device that power users can carry around when travelling and at conferences. The iPad can display photos, run YouTube, be used for email, games, word processing – it’s all my parents would need after all, and I would love to have something like this for when I travel and don’t feel like taking my laptop just to check email and be able to do some writing when the urge strikes me.

This attitude unfairly reduces the device. The iPad can be more than just a stripped down computer – it could also be a portal. To everything.

Watch movies. Look at photos. Read a book. See how hot it is outside, and what the apparent temperature is (and what it was like at the same time yesterday, and last week, and last month). Look at what devices are currently using the most power. Remotely turn them off. As the technology advances, maybe even voice control will start to enter the picture. (“Left. Enhance.”) So much potential to be involved in everything important around the home, all built on commodity hardware that is cheap, accessible and modular – add only what you need, when you need it.

This is not to say that this is Apple’s plan for the iPad. After all, there’s a good reason that Steve Jobs is the CEO of one of the world’s most successful consumer electronics and computing companies in the world and I push paper as a day job. However, the iPad is the gateway to opening people up to this type of thinking – a lower-powered touch screen interface running self-contained modules that all play nicely with each other and work straight off the shelf without tweaking settings, all accessible with a simple swipe and a tap.

Tightly controlled or open technologies – it could go either way, or indeed both ways – but the end result should be the same: networking the pieces of the home together to make the technology easily do what know it is already capable of doing today – making all our lives just that little bit easier.