Why Nine Inch Nails is NOT the future model of music 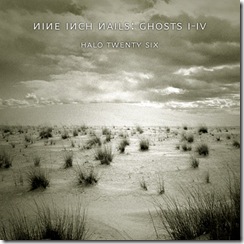 Trent Reznor, the creative force behind Nine Inch Nails, has caused a stir with the release of the new NIN album ‘Ghosts I-IV‘. True to recent form (including berating record labels over pricing of NIN product and encouraging fans at a concert in Sydney to steal his music [language warning]), ‘Ghosts’ has been released online as an independent release on the mysterious “The Null Corporation” record label (nullcorp.com perhaps? According to whois, it’s a private Dreamhost registration so I’m possibly way off base on this one).

The release is being heralded as the future of music distribution and is available as a DRM free digital download, a 2xCD release (also available in stores in early April), a deluxe version with bonus data DVD of all the audio tracks (perfect for remixing the songs – a similar DVD was made available with the limited edition of the remix album for Year Zero – Y34RZER0R3M1X3D) and the ultra deluxe version with vinyl, artwork, CDs and booklets (which sold out within hours of release at $300 a pop).

Predictably, this development has been heralded as the beginning of the end of the record industry (how many times have we heard that?) as Trent Reznor continues down the “big name” path paved by Radiohead. Leaving aside for the time being the substantial differences between Reznor’s and Radiohead’s approaches, it is still difficult to argue that this NIN release is as important as the blogosphere hype-o-meter would have everyone believe.

‘Ghost’ is NOT the future of music distribution

Trent Reznor has done very well out of this exercise publicity wise, and probably financially as well. The sell-out ‘ultra-deluxe’ version was limited to 2,500 copies, creating revenue of $US 750,000 in just a few hours. Of course, that needs to be balanced against the massive bandwidth costs incurred after the servers copped an absolute hammering in the days after the release of ‘Ghost’.

How easy would it be for an unknown artist to bootstrap their way towards this kind of success?

In my view, not very (if it is possible at all). If the record label/recording industry is indeed on its way out, this could be last era of the ‘mega star’. Perhaps a better indication of the way forward for a lot of aspiring musicians is what I like to call the ‘JoCo Model’. 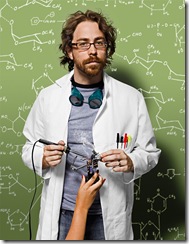 Jonathan Coulton (or JoCo as he is affectionately known to his fans) is an independent musician based in New York. A former computer programmer, Coulton quit his job to pursue a career in music. In 2005-06 he released a song a week for a year on a podcast called “Thing a Week” and is possibly best known for the songs ‘Code Monkey‘ and ‘Still Alive‘ (the end theme for the computer game ‘Portal‘). Having said that, my wife is quite partial to the songs ‘Soft Rocked By Me‘ and ‘Tom Cruise Crazy‘, so Coulton has a wide appeal.

Part of Coulton’s success can be attributed to the way he has released his music. Each of the Thing a Week tracks were released under a Creative Commons license that allowed for file sharing and non-commercial usage including things such as fan videos, non-commercial podcasts and remixes. Using services such as Eventful, Coulton is also able to tour when and where demand permits. Coulton’s music career has reached the stage where he is making more money now than in his last year as a computer programmer, as revealed on the This Week in Tech  podcast (Episode 133 – Jonathan Coulton – Functional and Elegant).

The JoCo Model demonstrates the importance of playing to your niche. Coulton’s supporters are just as fanatical, if not as numerous, as fans of Reznor and Nine Inch Nails. It is not difficult to imagine Reznor’s career having a similar trajectory had he started 2 years ago instead of 20.

Postscript: I should note that I’m a huge fan of Nine Inch Nails and have been listening to ‘Ghost I-IV’ while writing this. It’s an excellent collection of instrumental tracks and I encourage you all to go out and buy it. 36 mp3s fully tagged with individual artwork and encoded at 320kb/s is worth the minimum $5 investment. You can order from here if you like…