Has Radiohead missed the point? 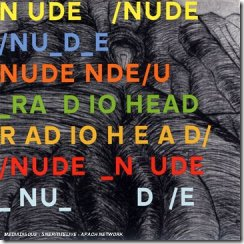 Radiohead has once again hit the headlines with an ‘innovative’ new media way of promoting the band and the music. They have broken down their latest single ‘Nude’ into 5 stems (vocal, guitar, bass, drums, the rest) and made each available to buy exclusively at the iTunes music store for fans to download, remix and uploaded their mixes to the Nude Remix site.  Despite the media hype, the question to me becomes is Radiohead at the forefront of new media or the rearguard of old media?

I have a number of concerns with how Radiohead is approaching this release:

Are Radiohead reaching out to the fans by offering individually downloaded components, or are they taking 5 bites from the same cherry?  Is it innovative new media thinking or classic old media record label money grubbing?

What do you think?  I really want to know what other people think about remixing ‘Nude’

This entry was posted in opinions and tagged music. Bookmark the permalink.

4 Responses to Has Radiohead missed the point?